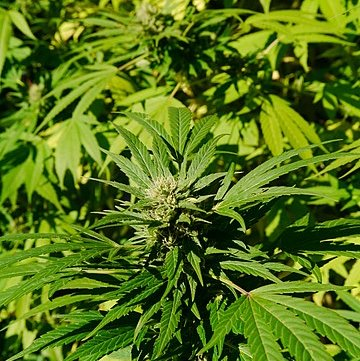 Cannabis sativa (hemp) has been cultivated for millennia with distinct cultivars providing either fiber, oil and confectionary seed or tetrahydrocannabinol. It is diploid (2n=20) and its native range is SE European Russia to NW China and Pakistan. This is a dioecious species with sexual dimorphism occurring in a late stage of plant development. Sex is determined by heteromorphic chromosomes: male is the heterogametic sex (XY) and female is the homogametic one (XX). Sex is considered an important trait for hemp genetic improvement.

A female of cultivar CBDRx was sequenced with ultra-long Nanopore reads (34x) and its chromosomes resolved using markers from a ultra-high-density genetic map of 96 recombinant individuals resulting from a cross between near-isogenic lines Skunk#1 and Carmen. The genome was assembled using a correction-less pipeline that consisted of an overlap (minimap2), layout (miniasm2) consensus (racon), followed by a polishing step (pilon) using a 64x Illumina 2x100 bp paired end reads. The resulting assembly was 746 Mbp in 1,986 contigs with an N50 length of 742 kb and the longest contig 4.5 Mbp.