When you reach the VEP web interface, you will be presented with a form to enter your data and alter various options. 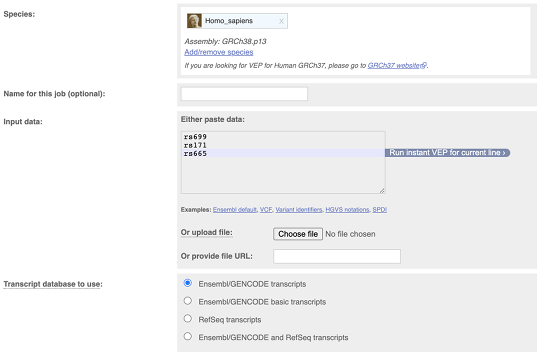 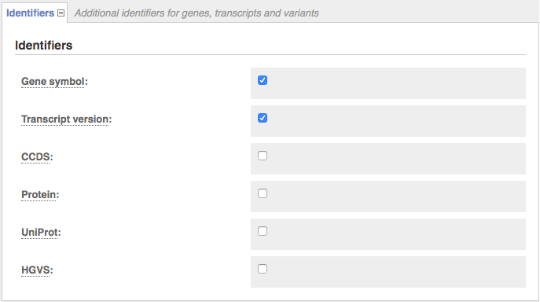 VEP can also search the Ensembl database for known variants that are co-located with variants from your input data. 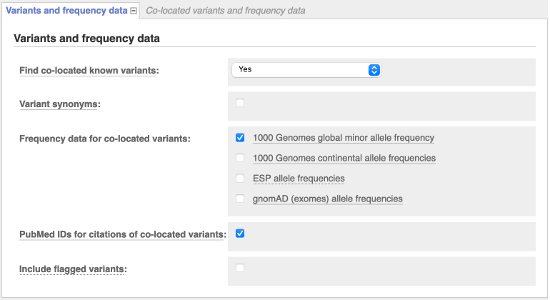 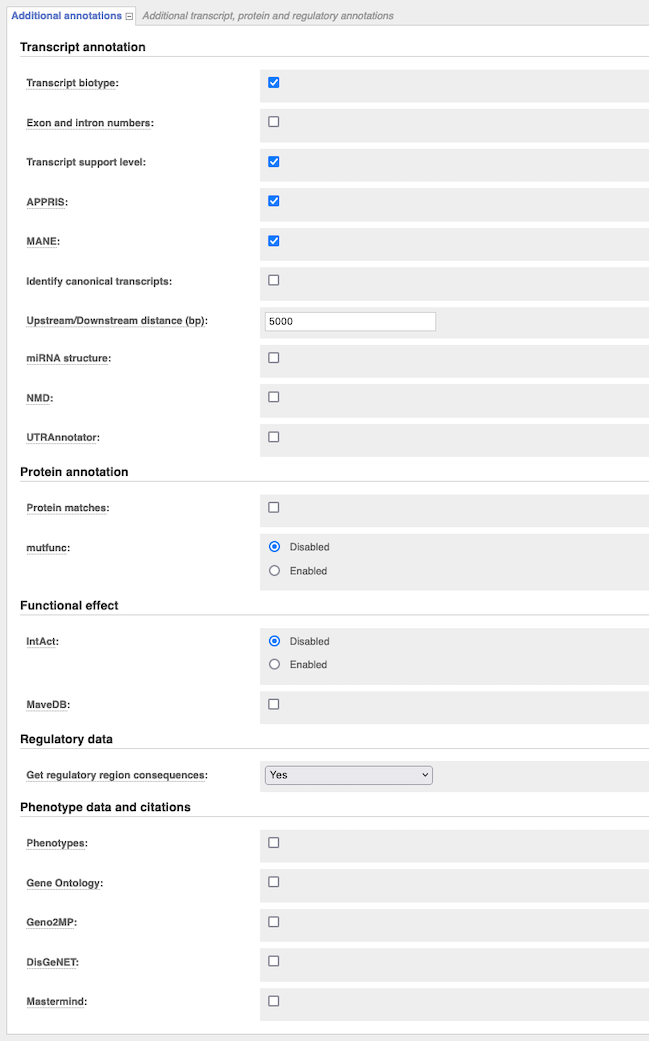 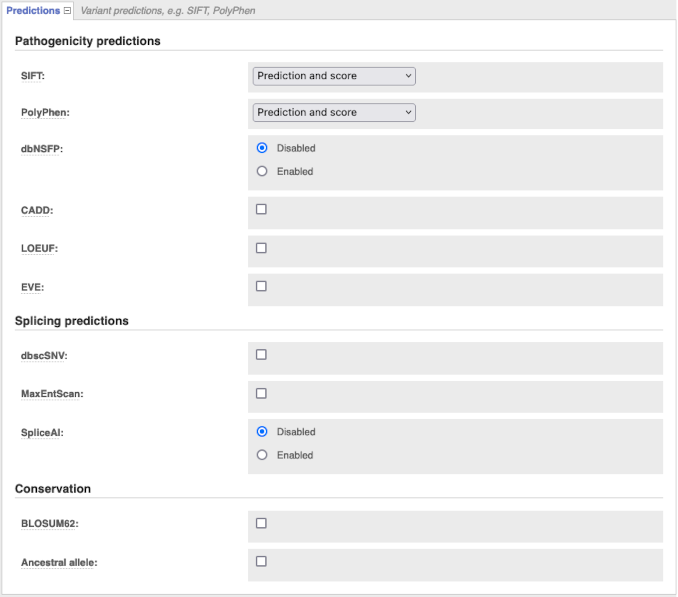 VEP allows you to pre-filter your results e.g. by MAF or consequence type. Note that it is also possible to perform equivalent operations on the results page for VEP, so if you aren't sure, don't use any of these options! 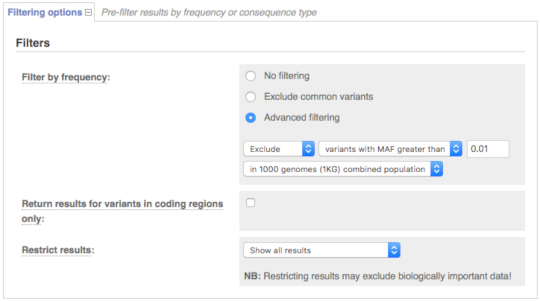 The VEP web interface allows you to use/setup advanced options:

Once you have clicked "Run", your input will be checked and submitted to the VEP as a job. All jobs associated with your session or account are shown in the "Recent Tickets" table. You may submit multiple jobs simultaneously.

The "Jobs" column of the table shows the current status of the job.

You may delete a job by clicking the trash can icon

. If you are logged in to Ensembl, you can save the job by clicking the save icon

You may also resubmit a job (for example, to re-run with the same data but change some parameters) by clicking the edit icon

Read more about the VEP in our documentation.

Analyse your Sequence Variants with the VEP (Web Interface)